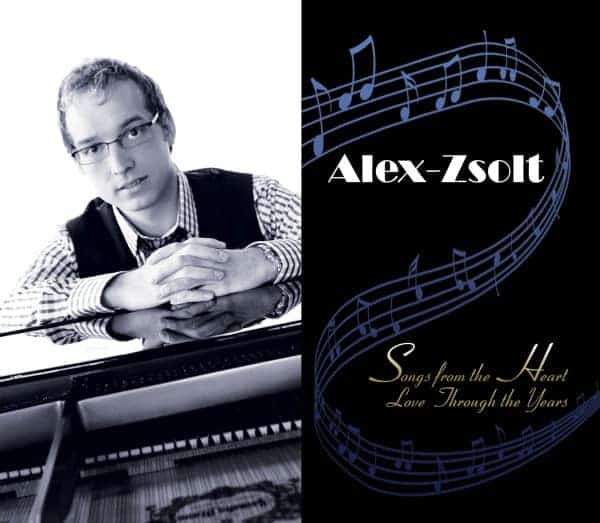 “Songs from the Heart: Love Through the Years” has been in the works for at least 10 years. I have wanted to do a project like this for such a long time. The album is a musical tapestry and journey of love songs from 1925-2014. I chose a selection from each decade and threw in a few bonus tracks too. It features love songs from yesterday and today. I was also able to include Stephanie DeWolfe as a guest vocalist on the song “Only Hope” and cellist Paul Nelson, on the songs “Only Hope” and “All of Me.”

Many artists have done albums that feature music from the 50s, 60s, 70s, etc. so I thought to myself, why not feature a song from each decade? It’s fun to hear the differences in the musical composition from the earlier decades to now.

The Songs That Made the Cut

I started with a list of hundreds and hundreds of songs and looked at several factors: the lyrics, sales, and longevity. The songs that made the cut are songs that we have all cherished through the years. I believe that the more recent songs will stand the test of time. I reduced my list from 500 songs to 250 and then to 100 and then to 50 and then to 25 hoping to arrive at 10 songs. Well, I ended up with 12. There is just so much good music out there.

I also wanted to have a love song that was a love song to God. This is why I chose the powerful song “Only Hope” from the movie titled, “A Walk to Remember.” I also knew that I wanted the words sung so it would stand out from the rest and perhaps the message would touch hearts. Stephanie did a nice job with this for the recording. Please take a listen and let me know what you think of the album!

Also, thank you in advance for your purchase of “Songs from the Heart: Love Through the Years.” It is such a blessing to our ministry.

Introducing a new album from Alex-Zsolt!

Songs From The Heart